Congrats to Jen Aidan, and Ashlynn!!

I just wanted to post a congrtulatory post to Jen and her babies, Aidan and Ashlynn. Jen had to go on bed rest before the twin were viable but she made it to 32 weeks and 5 days! 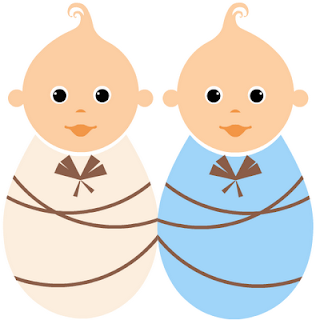 Welcome Babies!!
Posted by cricket at 8:12 AM No comments:

School is swamping me just a little! I constantly feel behind even though (so far!) I am meeting deadlines.

Dreams
Posted on September 9, 2012 by smc
Sometimes I reflect on my life over the years.
15 years, probably more, that I have fought for what I want, for what I believe. I guess in a way motherhood and dating go hand in hand, since my whole life I believed that one was the means to another.
My mother tells me that I have always believed that what I wanted, what I desired was out there. She admired my persistence and fight that it could be real for me, that I stood for what I believed steadfast, despite years of unsuccessful relationships.
Mom always taught me the lesson in life, the lessons of relationships – that you learn from them, that you take the lesson and grow, so the next relationship would be even richer.
Have I had hard times over the past few years?-yes.
Realizing Mr. Right was not here in time. Yuck.
Deciding, grieving the fact that I had to take matters in my own hand and become a single mother by choice. Not easy.
Deciding to do it, and losing a pregnancy, and my infertility in one moment. The most difficult thing that has ever happened to me.
IVF, then my miracle-Aidan.
Made it all worth it.
I remember the first time I sat in the doctor’s office, and meeting the IVF staff. They were celebrating a staff birthday as I waited for my first consultation. I looked up and said to them “hopefully I won’t see you guys anytime soon” knowing deep down I probably would. (I was right.)
My dream – motherhood, was met after that terrible loss of normal baby making without spending 15K. Of course it did not matter once Aidan was born.
I lost a babysitter after 5 weeks, and found Elba. She was a miracle, and she loved my son.
I was ready for him to go to preschool, and she found out she was pregnant, and would have to take care of her own little one.
I squashed my need for companionship, for love and sex and all that made me who i was, and dove into parenthood. I was happy, and my dreams were met. Then almost by accident, I “meet” my boyfriend, my old friend for the past 12 years.
Completely unexpected.
I am still so blown away by his heart, his honesty, and how safe he makes me feel. He has a soul that makes me feel fulfilled and a sense of humor that entertains me.
He has the one thing that I have always dreamed of, what I have fought for for so long-pushing forward and believing that it *could* be possible: he communicates with me. We talk through things – he speaks my belief that “It is all about communication.” I cannot believe it, but alas – it is real.
Is it true that my struggles over the years to follow my dreams, and what I knew to be true, despite what people said – could have lead me to what I have always desired?
Remember the old rhyme, “First comes love, then comes marriage, then comes the baby and the baby carriage”? Many people think that single mothers by choice despise men, or think that they don’t need a man, or even that they are lesbian. While in some cases that may be true, in many cases the woman considering single parenthood never met Mr. Right. You can fall in love at any age. It may not sound as romantic to fall in love at 60 rather than 16, but does that make it any less real? Finding Mr. Right can happen at any time but, as a woman, your fertility has a “best by” date. Should a woman have to let that date go by because she has not met Mr. Right, no matter how desperately she desired to? Does she have to give up the dream of motherhood because the other half of the dream of her perfect life never happened, or at least, it did not happen in time?
Each woman who is facing her late 30s and early 40s desiring motherhood but still single has to answer those questions for themselves, along with many other considerations. Can she afford a child/children on one salary? Is she physically able to carry and care for children? Is there someone who would care for her children if she were incapacitated or died? It isn’t a decision made or entered into lightly, nor is it made without much grief that she has to make this decision alone.
And there is always the hope that Mr. Right will still come along, a little late to the party, but willing to jump right in, and The Dream will be realized after all.
Posted by cricket at 6:44 AM No comments:

Where Were You When the World Stopped Turning?

In some ways it seems like we have forgotten 9/11 and in may ways we have. The comraderie that we all felt in the weeks after that event has lessened, references to God and prayer again cause offense that was overlooked at that time, but no one has forgotten the shock or the fear and sorrow that we felt. Where were you?


I was working. The radio was on. They announced that someone had flown a plane into one of the towers. The announcement made it sound like it was a small plane accident. I'm not sure anyone knew what was going on, really, at that time. I remember thinking, "How dumb can you be not to see a tower in your flight path?" Terrorism never crossed my mind. As it became clear that this was not an accident and the reports came in of a second plane, then a third, I worried about friends I knew living and visiting in Pennsylvania. Then a fourth plane. I went home at lunch and just watched in shock at the TV. I didn't want to go back to work. I just wanted my family near me. For three days, I watched TV every second I could hoping for good news of survivors. Eventually, I had to turn the news off and watch something else. And life goes on. I was fortunate not to know anyone who was killed. In fact, it was five years later before I met someone who knew someone (several actually) who had been killed, who was one of the people who had to go through the experience of the process to identify pieces of a best friend.
If you were one of those people, please know that 11 years later, I am hurting with you and sending an internet hug {{{{{hug}}}} your way! 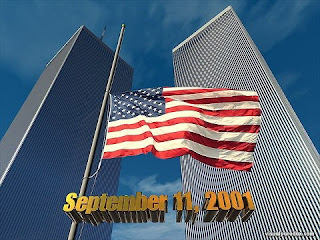 Posted by cricket at 7:19 AM No comments: