I’m writing a paper for my class, The Body in Western Religion, and, naturally, the professor and tutor don’t like all the best parts. Okay, that’s in my opinion. But since I can’t use them in my paper, I’ll get them out of my system by posting them here. “Metaphors, Cruelty, and Crossed Lines” is a religious category termed by William LeFleur in a chapter entitled “Body” in Critical Terms for Religious Studies edited by Mark C. Taylor. So, I didn’t come up with that on my own. And I’ve taken out all the parenthetical citations since they disturb the flow. Also, I don’t disregard the fact that the Christian is called to a life of purity, but virginity has been elevated to the point that it is determinative of one’s spirituality and worth as a person and that, I believe, is not what God ever intended.

A Culture of “Metaphors, Cruelty & Crossed Lines”
“I thought, ‘Oh, my gosh. I’m that chewed up piece of gum. Nobody re-chews a piece of gum, you throw it away’. And that’s how easy it is to feel like you no longer have worth, you no longer have value. Why would it even be worth screaming out? Why would it make a difference if you are rescued? Your life still has no value”, Elizabeth Smart, who as a 14-year-old girl was kidnapped, raped, and imprisoned for nine months, recalls that her thoughts after her first rape centered around an abstinence lecture where premarital sex was compared to chewing gum. “I felt so dirty and so filthy”. (A portion of her talk can be viewed at http://fox13now.com/2013/05/06/video-elizabeth-smart-speaks-at-johns-hopkins-university/ .)
In a culture where virginity is sometimes viewed as a stigma to be thrown off as soon as possible, youth programs have been developed that encourage premarital abstinence. The intended goal, along with prevention of teen pregnancies and sexually transmitted infections (STIs), is to teach young men and women to respect themselves. However, the metaphors used to describe virginity—purity, gift, jewel—and to the lack of—ruined, tainted, dirty, cheap, soiled—can have the opposite effect for the young person who is sexually active. Terms like these are cruel because they can cause a loss of self-respect as well as a lack of respect for those who are referred to by negative metaphors. That lack of respect can lead to crossed lines—wrong actions rationalized by the essence of the metaphors as permissible.
Yet the cult of virginity, sometimes called the purity culture, has seen an increase in popularity in recent years through the use of abstinence education, purity balls, and other programs as Christian evangelicals and other social conservatives began to call for a return to traditional or family values. Young celebrities including Jessica Simpson, Justin Bieber, Miley Cyrus (Yes THAT Miley Cyrus), Selena Gomez, and the Jonas Bothers publicly announced their virginity and, while their commitment may not have lasted long, abstinence has reemerged as a pop culture trend.
Another trend is the purity ball. In 2006, over 1,400 purity balls were. A purity ball is a prom-like event where the girls and their fathers dress in formal wear, enjoy a formal dinner and father-daughter dancing, and the fathers sign a pledge committing to “cover my daughter as her authority and protection in the area of purity”. (This is the pledge used by the founders of purity balls, Randy and Lisa Wilson, posted at their website: http://www.generationsoflight.com/html/thepledge.html .)
Along with the return of the culture comes the revival of the old metaphors. An advertisement for the 2008 Abstinence Awareness Week in Washington, D.C., advised women to “guard your diamond”.  Abstinence educators use a piece of Scotch tape to demonstrate how premarital sex can undermine one’s future marriage. A piece of tape is placed on the arm of a student, removed and stuck on another student’s arm. This is repeated until the strip of tape is no longer clean. It is then placed on the future bride’s arm and the tape doesn’t adhere. The educator then explains how having many partners can keep a couple from being able to bond. (This is an idea from Freud who decided that a woman experiences imprinting upon her partner during her first sexual experience.) At the Eighth Annual Abstinence Clearinghouse Conference, Darren Washington told teens, “Your body is a wrapped lollipop. When you have sex with a man, he unwraps your lollipop and sucks on it. It may feel great at the time, but, unfortunately, when he’s done with you, all you have left for your next partner is a poorly wrapped, saliva-fouled sucker”.
Products sold to promote abstinence are themselves metaphors. One example is a gold, rose shaped pin with a card attached that explains, “You are a beautiful rose. Each time you engage in pre-marital sex, a precious petal is stripped away. Don’t leave your future husband holding a bare stem. Abstain”. Other jewelry items have become a popular way for parents to nurture their children’s commitment to abstinence. Purity rings may feature sayings such as “Love is patient” from 1 Corinthians 13 or “True Love Waits” or may resemble a promise or engagement 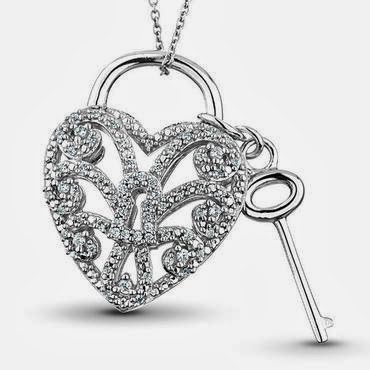 ring.  Girls may be given a heart shaped lock pendant to wear on a necklace while their parent keeps the accompanying key to be given to her groom at the wedding. Even the wedding veil and white wedding dress are widely recognized as metaphors for virginity, although neither originated as such.  (Frankly virginity tees, rose pins, purity rings and necklaces, and publicly posted pledges all advertise to society sexual status just as effectively as Hester Prynne’s scarlet ‘A’.)
Abilene Christian University professor Richard Beck theorizes in Unclean that these virginity metaphors are particularly cruel because “One feature of contamination psychology is the attribution of permanence”. Beck bases his research on work done by Paul Rozin on the topic of disgust psychology. Of nine areas of “disgust electors” found in North Americans,
one is sexual behaviors. “Such sins become emotionally traumatic . . . ‘contamination sins’ carry an enormous load of guilt, shame, and self-loathing”. Jessica Valenti in The Purity Myth: Virginity is Hurting Young Women says that such metaphors are cruel because it teaches young women “that their only real worth is their virginity and ability to remain ‘pure’”. Beck says that purity metaphors are especially powerful because they activate feelings of disgust and non-rehabilitation.
Beck cautions that “disgust and contamination psychology structures the way these metaphors are used and experienced . . . these metaphors can have noxious consequences”. The absorption of these disgust metaphors can lead to a conclusion of crossing of lines that should never be traversed.  Tina Anderson, featured on ABC 20/20’s investigation of independent fundamental Baptist churches, had been sexually abused by her stepfather. With full knowledge of that fact, a man in her church who worked with the youth then raped her twice. Also featured in the investigation is Rachel Griffin who was sexually abused by her father. When she confided in her youth pastor, he also began abusing her. Similarly, Jack Schaap, a senior pastor in Hammond, Indiana, took on the counseling of a 16-year-old girl who had gone “too far” with her boyfriend. Somehow, this justified his beginning his own affair with her. The elevated worth put on virginity had so pervaded the thought processes of the “men of God” that is almost seems as if they felt that they could assuage their lusts on these girls because, according to purity metaphors, these girls were already “damaged good”.
It is not advocating premarital abstinence that is cruel or crosses lines. However, doing so through the use of purity metaphors affects not only how an individual values themselves but also how they value others and how others judge their worth. That for even one second a victim would consider not reporting a rape or would give up and stay with a captor or that a predator would consider a non-virgin as less and thus fair game are proofs that the metaphors are emotionally cruel and cross as well as contribute to crossed lines.  LeFleur in his category “Metaphors, Cruelty, and Crossed Lines” says that we can never be free from metaphors because as long as there are bodies there will be metaphors but just as “illnesses such as tuberculosis, cancer, and AIDS have, largely through the metaphors used by society to depict them, been made more tortuous to their subjects than would otherwise have been the case” so have the purity metaphors been cruel. Le Fleur advises us that it is our responsibility is to expose the “specific metaphor, representation, or religious idea that causes or sanctions cruelty” rather than trying to do away with religion itself.