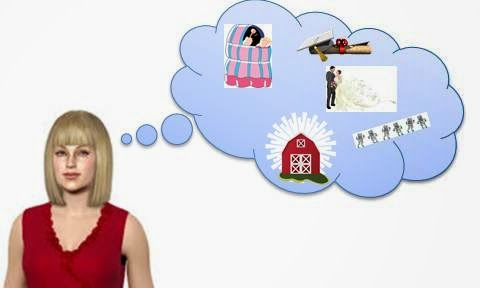 Happy No One Wanted You; You're Not a Mother's Day!


My Mother’s Day with my mom was wonderful. One of my siblings, their SO, and I made lunch (and we made sure not to leave a mess). It was a good day. But, it didn’t start out that great for me. By 8:05, I’d already been reminded TWICE that I wasn’t a mom, and probably never would be. About 7:45 the next care giver came to relieve me and I was asked, “Are you a mom?” I said “No”, with a very regretful face thinking that this would end this line of questioning. After all, according to the CDC, 10% of women in the US experience fertility issues. But she didn’t take the hint. “Well, your biological clock is ticking.” Thanks for that! I replied, “It has already gone off” and walked out the door. I rushed to make it to church only a few minutes late and was greeted at the door, “Are you a mother?” “No,” I said, with the same regretful face. “Well, have a happy Mother’s Day, anyway.” While this is a slightly better response, coming on top of the earlier conversation, I was reeling. When the pastor mentioned “umbrella of protection”, even in passing, I was about ready to walk out and declare this day a loss before it even reached 9:00 am.

On another note, one year from this Saturday, I should finally be graduating with my bachelor's degree. Sometimes I feel that I am getting farther and farther from someday becoming a mother (through embryo donation or adoption) rather than making any progress towards that even being a possibility. Graduation will definitely be a positive step.

Posted by cricket at 7:14 AM No comments:

Thy Word is Truth


Although I was raised in IFBx (independent fundamental Baptist extremism), I was fortunate in that my parents never fell prey to Bill Gothard’s Institute for Basic Life Principles/Advanced Training Institute (IBLP/ATI). We did own and use Character Sketches for our family devotions for a time, but we were never exposed to any other IBLP/ATI materials. Character Sketches certainly had plenty of opportunity to damage with its corrupt teachings of Abigail, Dinah, and Tamar (While God praised Abigail for aiding David, Gothard condemned her for going against her husband’s wishes.Gothard taught that it was Dinah's fault that she was raped because she went out to see the daughters of the land instead of staying home with her father and that it was Tamar’s fault her brother raped her- she didn't cry out. ). Basically, if there’s woman in the Bible, she’s bad. Except for Mary, of course. Not that I didn’t hear these and similar teachings, but we didn’t use Wisdom Books as our homeschool curriculum so perhaps I was not quite so encompassed as a member of IBLP/ATI was. Or perhaps I’m just trying to be optimistic. Sadly, I believe this to be because our pastors were so puffed up on their own pride that they couldn’t allow Bill Gothard to have that much influence over us because it might interfere with their place in our lives.

At any rate, what brings this up is that, in similar fashion to Jack Schapp (see my blog post here), Bill Gothard’s sexual immoralities are being exposed by Recovering Grace (RG). This is all coming out at the same time that Bob Jones University has terminated their contracts with G.R.A.C.E – (and we’re all left wondering exactly why?), my own reading of the recently published book, I Fired God, by Jocelyn Zichtermann, and my finally turning my paper on “Metaphors, Cruelty, and Crossed Lines”. In essence, I am becoming quite sick of the physical and sexual abuse going on and being wept under the rug by Christian fundamentalists. I applaud G.R.A.C.E. and RG for trying to expose these abuses as well as
RG’s continuing efforts to show the falsity of the teachings of Bill Gothard and those who believe like him, which led to our spiritual abuse.

RG reports that they have 34 accounts of young women who were, at a minimum, sexually harassed by Bill Gothard. His brother, Steve’s, actions in early IBLP/ATI became known, but this was despite- in what has become, unfortunately, typical IFBx reaction to sexual sin- repeated efforts to cover it up by moving the instigator to a different location. Although not former IBLP/ATI, my heart aches with those in this movement who, if they allow themselves to believe these accounts, will suffer a severe blow to their faith. I had already made a move to drop the “x” (extremism) from my own life, so I was not as hard hit by Jack Schaap’s arrest as some, but I well remember the reports of church members and college students who were reeling in shock and feeling completely lost.

I applaud RG for doing what our pastors, deacons, and boards would not do- exposing the abuse. John 8:32 has always said, “The truth will make you free.” Why, why did these people then try to hide it? Can they not see that, if bad PR was their motivation, they have only made it worse? And what about the women whose lives have been forever altered by the atrocities they allowed to continue?

I don’t think that I would want to live my life without faith, but the things committed or ignored in God’s name make me sick. I must agree with Mahatma Gandhi, "I like your Christ, I do not like your Christians. Your Christians are so unlike your Christ." I pray that I am truly Christ-like and not just claiming His Name. Paul said that without charity/love, we are a noisy gong, a clanging cymbal, nothing (1 Corinthians 13:1-2). Jesus said, “By this all people will know that you are my disciples, if you have love for one another.” (John 13:35) and Paul tells us that love “rejoices with the truth” (1 Corinthians 13:6). In a community where we are to share love and celebrate truth, instead we are a place that judges and hides the truth. A commenter on RG posted this:
“In the book: “Sexual Abuse in Christian Homes and Churches” (Printed by the Mennonite publishing house - Herald Press, Scottdale, PA 1993 p.73,74), Carolyn Holderread Heggen, who was sexually abused by the well-known theologian John Howard Yoder, professor and a single man who manipulated his students, says this in the section Conservative Religiosity and Abuse:

“A disturbing fact continues to surface in sex abuse research. The first best predictor of abuse is alcohol or drug addiction in the father. But the second best predictor is conservative religiosity, accompanied by parental belief in traditional female-male roles. This means that if you want to know which children are most likely to be sexually abused by their father, the second most significant clue is whether or not the parent belongs to a conservative religious group with traditional role beliefs and rigid sexual attitudes (Brown and Bohn, 1989; Finkelhor, 1986; Fortune, 1983; Goldstein, Kant, and Hartman, 1973; Van Leeuwen, 1990)…"
How is that being known by our love? Instead, we are known for our abuse. William R. LeFleur who was a professor of Religious Studies at the University of Pennsylvania, wrote a chapter in Critical Terms for Religious Studies entitled “Body”. Le Fleur advises us that it is our responsibility is to expose the “specific metaphor, representation, or religious idea that causes or sanctions cruelty” (LeFleur 51) rather than trying to do away with religion itself. I stand with RG as they do their best to expose the truth. 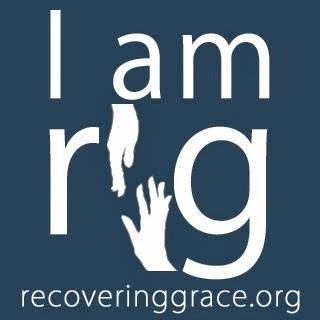